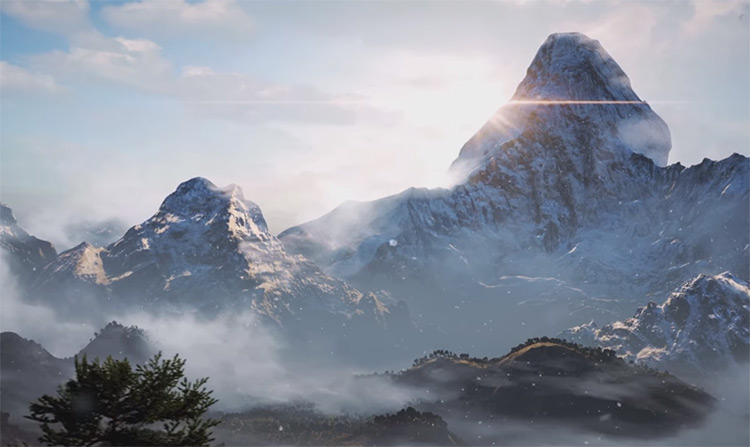 While many still consider Far Cry 3 to be the best in the series, Far Cry 4 is almost always a close second.

Arguably every aspect of the game was updated in Far Cry 4, with a completely new survival storyline to play through, and of course another self-serving villain to as engaged as possible.

But the real highlight is the focus on player choice. There are so many ways to tackle each individual mission, conquer each enemy camp, and even more moral dilemmas to be faced along the way.

While modding has never been huge in Far Cry games, plenty of fans have found a way to make it happen with Far Cry 4.

If you’re interested in a mid of modding, here are some of the best ones out there.

One thing we universally hate is slow load times.

This is especially true with PC gaming, as many of us invest quite a lot in our systems.

But no matter what you run, no PC can force skip intro videos.

But modding can! Give this a go and blast right into the game, no intro sequences at all. 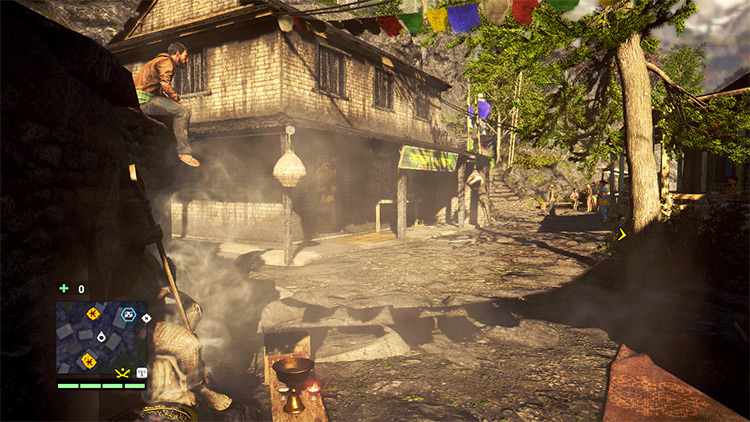 Far Cry 4 is by no means a bad-looking game.

Of course, that doesn’t mean we’re going to pass up a chance to make it look even better.

Modder X-RAY surely knows what he’s doing as he’s made some of the best SweetFX presets for Assassin’s Creed Rogue and Watch Dogs.

This time around, he’s bringing his expertise to Far Cry 4.

His GreyAway SweetFX preset removes the seemingly grotesque and semi-dark aura of vanilla, to make things a bit more vibrant and colorful – all without oversaturating the visual quality. 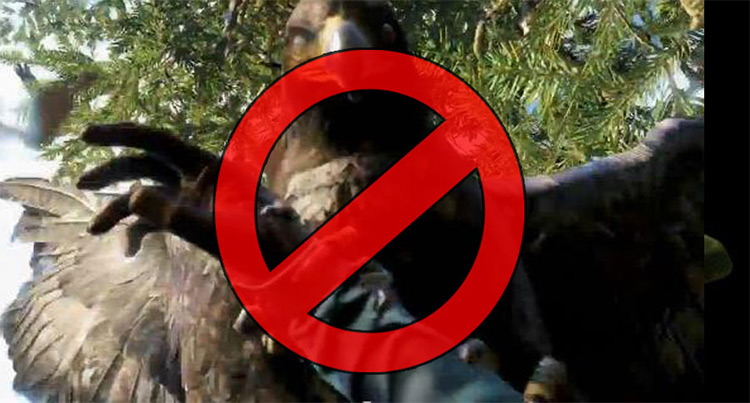 This next mod is one of the simpler installs on the list, but let’s not be too quick to underestimate its value.

As you make your way through Kyrat, you might be surprised by how many annoying creatures you’ll encounter.

You’d expect to be harassed every now and again by Min’s mercenaries, especially considering your ties with the Golden Path. But it isn’t the soldiers that get on your nerves.

Those pesky eagles come out of nowhere, as though they’re just always waiting for you to pass by – those are the real pests.

Well thanks to this mod, you won’t have to worry about them bothering you ever again. 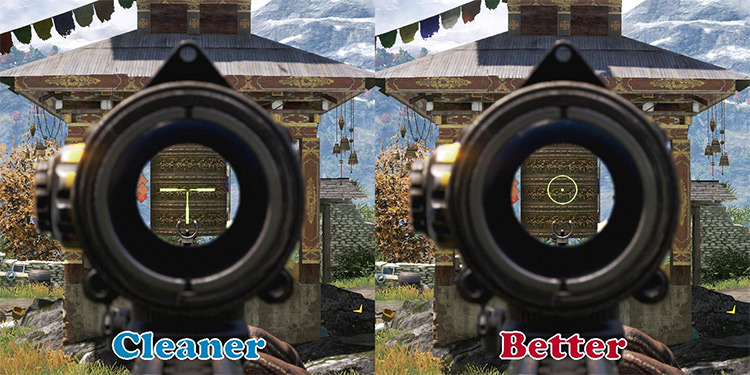 While Far Cry 4 isn’t like in other games where leveling up and getting better gear is necessary to move forward, it does take us back to the idea that Far Cry focuses on providing players with options.

The base game already has tons of different options available when it comes to weapons. But who’s going to say no to even more?

With another mod from JRavens, this FC4 Attachments Mod adds loads of attachment options with plenty of customization features. Basically, a lotta replay value here. 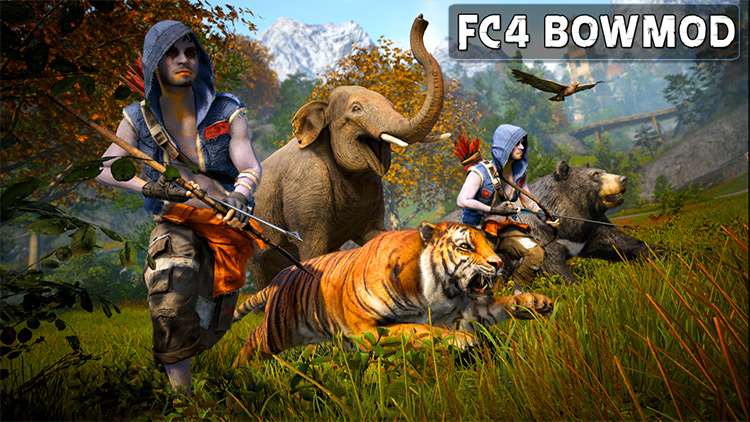 Other than additional attachments, modding can also give you completely new weapons in Far Cry 4 as well.

The FC4 Bow allows you to use two new bows from the dream-like Shangri-La segments of the game, giving you even more options to play around with.

The first bow you’re given is the Shangri-La Bow, turning your regular arrows into powerful magic spread ones instead.

As an added bonus, the bow causes time to slow down when fully drawn.

The Rakshasa Bow will now be available as well, which you can use to fire drugged confusion arrows. This gives you access to fire and explosive arrow types as well.

If you’ve completed the main storyline and have run out of interesting things to do, modding is here to help.

Alps Assault is a completely custom scenario map that allows you to play through an Assault game mode.

The scenario is set in the snowy mountains of Kyrat, and contains two outposts to take over.

Mod creator Travis Howell promises loads of replayability here, as the different sections can be tackled in multiple different ways, as well as hidden weapons, vehicles, and routes to uncover with each new playthrough. 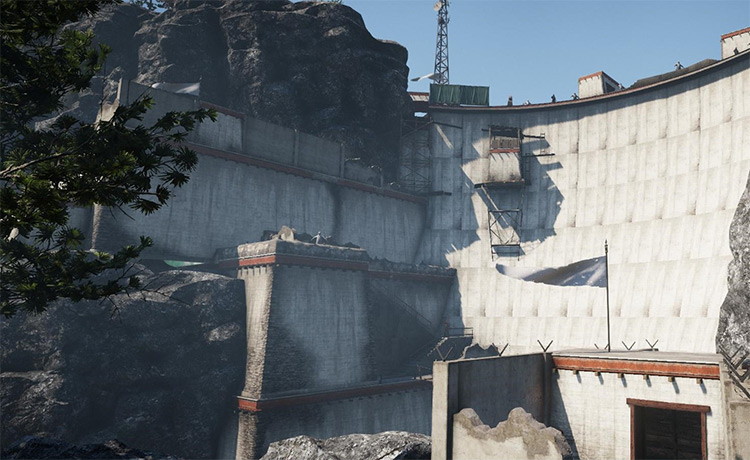 Long-range combat is always exciting. In fact, there are a number of different games focused mainly on sniper missions.

And that’s kinda what we’re talking about here.

Hot Dam focuses more on providing more opportunities for tactical ranged combat, to suit players who prefer to get things done from a distance.

The modder warns that the mod is quite tough as well, so be prepared for a challenge. 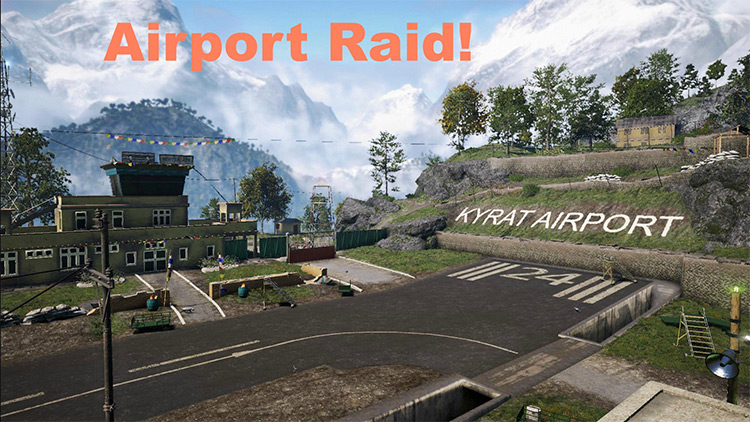 If a change of scenery is what you’re after, you might want to give fadingbunny34’s Airport Raid mod.

The custom scenario mod reimagines the Kryat Airport, where you’ll be tasked with taking control of it from Pagan Min’s men.

Much like any other outpost mission in the game, except this time the small area is crawling with men… which makes for a much more challenging mission. 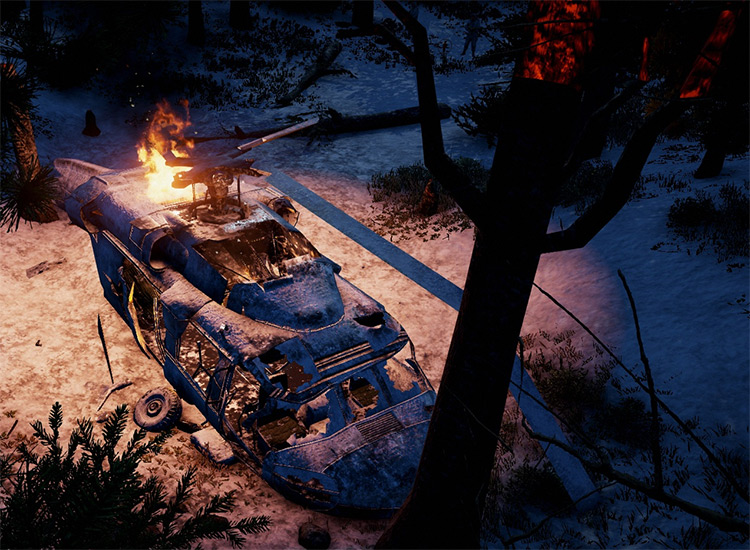 If you’re looking for more space to play around with, Mattatatta’s (Extraction) Deep Freeze might just be the perfect mod to try out.

The scenario follows you trying to get to safety after your chopper crashes in the mountains of Kryat.

There are two enemy camps nearby that you’ll have to navigate to make it out.

The map is balanced for both aggressive and stealth play, allowing for lots of replayability, as well as supply caches near enemies designed to reward risky plays. 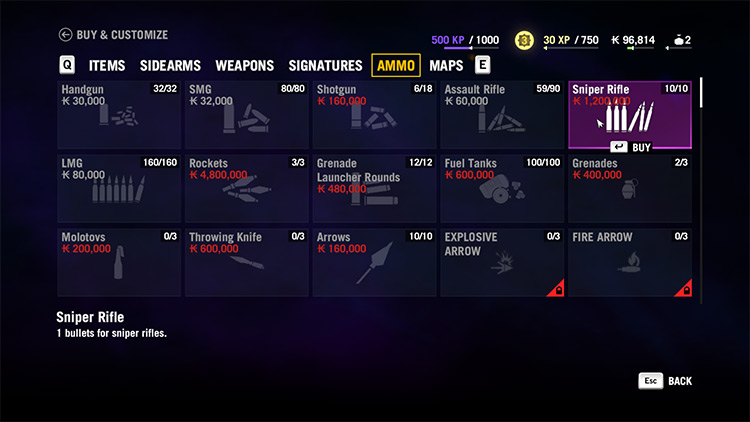 If you’re finding that the dangers of Kyrat don’t feel as dangerous as they used to, well you might want to give the FC4 Hardcore Survival Mod a try.

The changes do veer away from realism a bit.

But if you’re just looking for a challenge, this is a good way to get it. 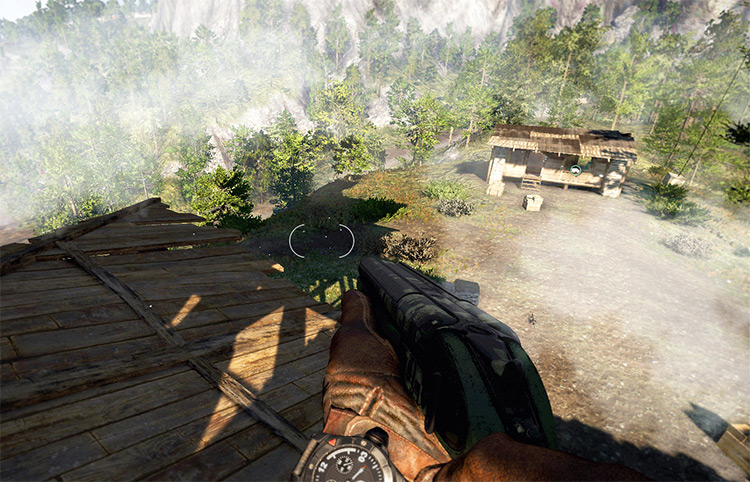 Now if you find that you’re struggling in the game, LertKrush’s Competent Weapons Mod might be a better fit.

The mod focuses on weapon rebalances to not only make weapons feel a bit more consistent across the board, but to make them a lot more useful as well.

With Competent Weapons installed, you’ll find that most weapons will have lower ADS times, recoil recovery times, and hipfire spread, among other features. 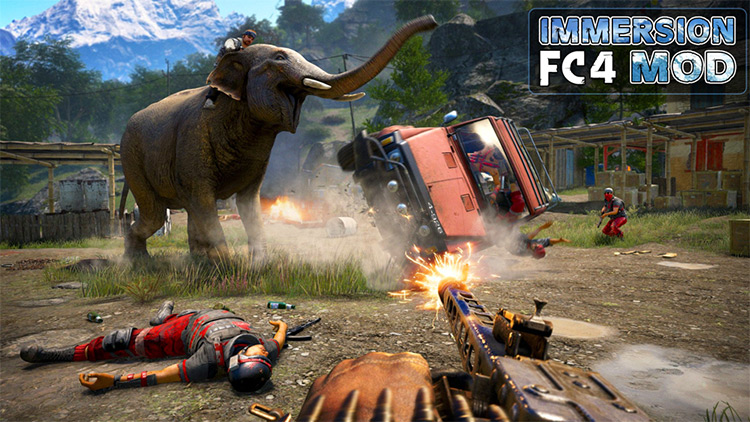 I find that immersion mods are always great if hardcore realism is what you’re looking for.

There are immersion mods for a lot of different games, and to be honest, they all basically do the same thing.

You’d expect an immersion mod to remove the game’s HUD, forcing you to manually manage health and ammo based on visual cues.

JRavens’s Immersion Mod goes well beyond that, even removing flashing effects for objects of interest, disabling the ability to see enemies through walls, and even removes enemies from your minimap. 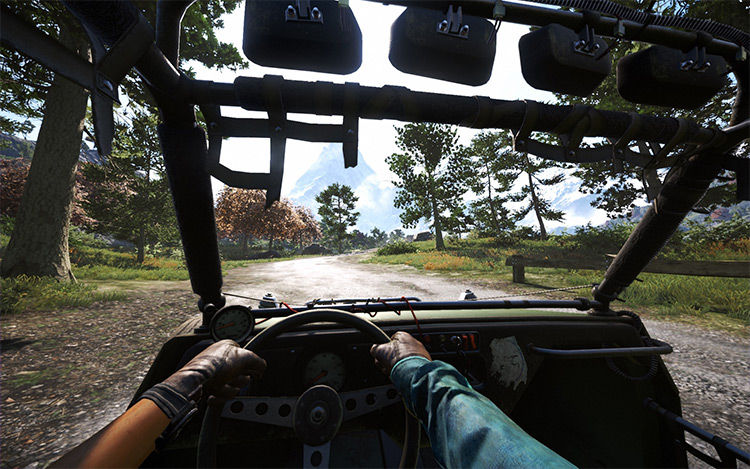 Far Cry 4 Redux takes it even further, focusing not only on realism, but providing a much more challenging Far Cry 4 experience overall.

Modder Hunter describes his mod as an immersion-focused NG+ experience.

And he achieves this by having the entire map unlocked from the beginning, giving you complete freedom to play the game however you want. Talk about open world, right? 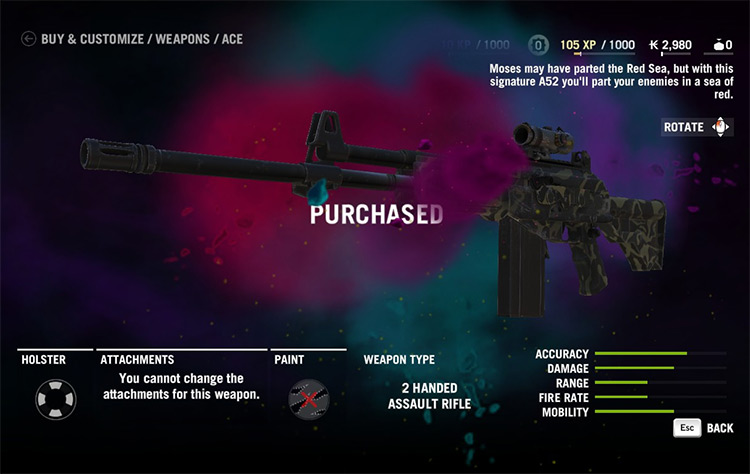 If you like the idea of having the freedom to explore FC4’s vast world, but would like to do it without having to make things more difficult for yourself, this mod is pretty much what you want.

Here you’ll get all weapons unlocked right away, plus unrestricted access to the entire map including the North, unlimited access to all skills, and more.

The mod even includes other previously mentioned mods, like the Attachments mod, so that’s even more features added into this custom package.

A must-try for huge fans of the game. 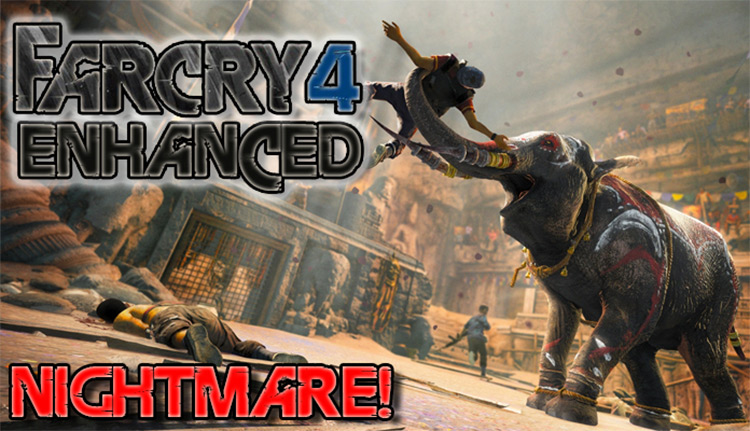 Once things start to get boring, the best way to keep the campaign interesting is upping the difficulty level on a new playthrough.

The Enhanced Nightmare Mod is by far the most balanced mod for that.

This introduces a number of well-thought out changes to make things more challenging for you, while keeping you equipped to face those challenges head-on.

For example: ammo prices are jacked up with this installed, but chests will contain massive amounts of money to compensate for that.

If you’re up for the challenge, I highly recommend giving this one a shot.