Formula One Data-driven Betting is Surging in Popularity 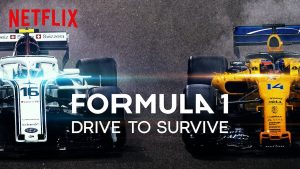 Formula One Data-driven Betting is Surging in Popularity

As the world moves more and more into a digital space, how we consume and interact with media is also changing. In this blog we will look at the growing popularity of Formula One and how data and big data has made it possible for people to bet on the outcome of races, in a much more scientific and data-driven manner than ever before.

Formula One Grand Prix provide almost every sport enthusiast the opportunity to place a bet on their favorite driver. The bettors look for any edge to ensure that their wager is placed on the winner. In a bid to find the best betting strategy, some bettors have embraced the idea of data-driven betting. Unlike the traditional bettors, data-driven betting is a method used to help bettors to make the best decisions all the time. Although, some people believe that the data-driven approach is not as important as the instinctive approach. The fact that the data-driven approach to betting is growing in popularity proves that both the bettors and the bookmakers are becoming more and more aware of the potential of

Cyber sports (competitive video games) may have been a betting success story in the second decade of the second millennium, but less than a year and a half ago, in the early 2020s, it was clear that betting on Formula One would be the next big thing.

It’s been over four years since Formula One was bought by American owner Liberty Media, but changes in the sport continue and the sport is arguably undergoing a second birth.

Thanks to the excellent Netflix series Drive to Survive, a whole new audience has been introduced to the sport, new car manufacturers such as Aston Martin have appeared on the grid and the current racing calendar represents five continents. Similarly, Africa and Antarctica are the only continents where no races exist.

Make no mistake, under the new regime F1 has increased its fan activity and the public understands the demands of the 20 F1 drivers and ten teams better than ever.

The sport is now using betting as an opportunity for F1 to increase fan engagement through betting odds markets on F1 races. The agreement between Sportradar and Formula 1 bridges the gap between merely watching a race and participating in it by making bets during the race.

In the past, F1 betting markets were fairly straightforward, but Sportradar has flipped the script and used a wide range of data to create a more interesting product and increase F1 fan engagement.

Thanks to an exclusive partnership with Formula 1, Sportradar, which offers its real-time betting services to most major bookmakers and online sports betting agencies, who in turn offer them to their customers, has an amazing amount of real-time data on all 20 cars on the starting grid.

It is clear that F1 is a very data and technology driven sport. Turning data into probability calculations and allowing viewers to support those results is considered a win-win by all. 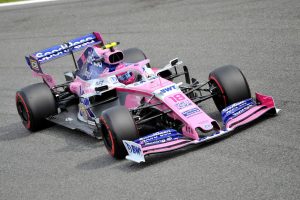 What results can you bet on live during the Formula 1 Grand Prix?

…and some of these betting markets are available for training and qualifying.

Of course, your bookmaker may be one of the 600 online bookmakers using Sportradar (in 80 countries), but they do not currently offer their live betting lines for all these markets. But over time, given the rise in F1 betting revenues, they undoubtedly will.

Why is F1 so popular?

Formula 1 is the most expensive sport in the world, with a budget that is far from easy to manage. The drivers are the most talented in the world, and the cars are technological masterpieces that have been designed to make it easier for the drivers to win. So, why is it one of the most popular sports in the world? The answer is simple: F1 combines a high level of competition with the engineering and design skills of the world’s greatest minds. Plus, the tracks are some of the most beautiful you will ever see. Formula One racing is one of the most watched sports in the world. The attraction to the sport lies with the incredible speed and power generated by the machines, the skill required to drive them, it’s history and the countless number of rules and regulations that makes the sport so interesting.

Formula 1 is a sport that is notorious for being a rigged sport, where teams will fix races in order to get the most out of their drivers. They will do this by giving their drivers better fuel, or fixing their car so that it doesn’t break down. While the sport has been trying to stop this, it is still a big problem, and most teams continue to rig their races. This has major knock-on effects: fans don’t like being cheated, teams lose sponsors, and it is just not fair on the drivers themselves. We all know that F1 is the pinnacle of motorsport, but is the series fixed? The answer is no. This series is so popular because the drivers are the best of the best, and the races are truly unpredictable. However, the FIA does have a scoring system in place to see if a driver’s race was fixed, and they even have a rule that makes it illegal for a driver to lose a race on purpose. This system is good, but are the rules secure?

How popular is F1 in the world?

The Formula One World Championship is the highest class of single-seat auto racing sanctioned by the Fédération Internationale de l’Automobile (FIA). The “formula” in the name refers to a set of rules to which all participants and cars must conform. The F1 season consists of a series of races, known as Grands Prix, held usually on purpose-built circuits, and in a few cases on closed city streets. In the 19th century, the word “Grand Prix” was used to describe horse racing events in which the objective was to select the best-performing horse by the placing of bets. Over time, this came to be more closely associated with motor racing and the term is now used to describe Over the years, Formula One has become one of the most widely watched and followed sport in the world. In fact, F1 boasts of a worldwide television audience of over 500 million for each Grand Prix, and has a total global fan base of over 1.2 billion. Formula One racing is held annually in 20 countries. (See the list of countries.) How popular is F1 in the United States?